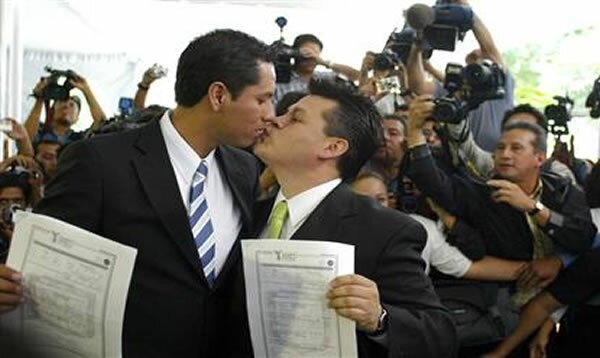 Every since Mitt Romney first tossed his hat into the presidential sweepstakes in 2007, he has  repeatedly maintained that he opposes same-sex marriages and has always portrayed himself as a champion of traditional marriage.

More than any other action by Romney, these special licenses demonstrated where his heart was on the same-sex marriage issue since they were purely discretionary. There was no mandate forcing Romney to issue such licenses.  This calls into question his authenticity as an alleged social conservative candidate.

Romney began issuing the one-day marriage licenses shortly after the Massachusetts Supreme Court issued the Goodridge homosexual marriage decision. The court urged the legislature to codify its decision but to this day, this has never occurred.  The marriage statutes on the books today remain the same – only male/female marriages are legal.

Indeed, many constitutional attorneys have opined that Romney is the father of gay marriage in America since he was never compelled by the court to implement gay marriage and the Massachusetts constitution is clear that only the legislature can alter the marriage statutes.

Professor Scott Fitzgibbon of Boston College Law School wrote that the Goodridge decision “did not mandate that the executive branch issue marriage licenses to same-sex couples.” Constitutional scholar Herb Titus said that Romney “exercised illegal legislative authority” and added “there was no order.  There wasn’t even any order to the Department of Public Health to do anything.” Matt Staver, Dean of Liberty Law School, said that Romney “went out and ordered to licenses to be changed, and if fact, that’s not his duty.  His duty was to abide by the legislature….the governor actually participated, in my opinion, in advancing same-sex marriage.”

Is Mitt Romney The Father of Gay Marriage? Twenty-Four Reasons Why He Is

As Mitt Romney prepares for his second presidential campaign and gay marriage threatens to undermine America’s Judeo-Christian culture, there’s a raging debate about the role he played in instituting gay marriage in Massachusetts during his gubernatorial term. This is important because Governor Romney has positioned himself as a champion of traditional values and claims to have been an opponent of homosexual marriage his entire career.

Make no mistake; Romney’s action was utterly illegal.  In four different parts of the Massachusetts Constitution, it is clearly stated that only the legislature can change laws and one section specifically states that the marriage statutes are determined by the legislature, not by the courts.  Even the Supreme Court itself stated that it could not order the legislature to act.  All Romney had to do was to declare the court had no authority to enforce its unconstitutional opinion and ignore its decision.

But instead of doing that, Romney abruptly claimed the court opinion was now the law of the land and ordered his Town Clerks and Justices of the Peace to marry homosexuals — even though the legislature never acted to codify the ruling.  Indeed, according to a Fox News/AP story, the attorney for the homosexual plaintiffs in Goodridge, held the view that the legislature would have to codify the Goodridge ruling:

Attorney Mary Bonauto, who represented the plaintiffs, said the only task assigned to the       Legislature is to come up with  changes in the law that will allow gay couples to marry. (1)

Thus, Romney violated his oath to uphold the state constitution.  Indeed, while there have been numerous attempts by the legislature to codify homosexual marriage SINCE the Goodridge decision, the original marriage statutes remain unchanged. (2). The flatly illegal charade of “gay” marriage exists solely in Massachusetts due to Governor Romney’s illegal actions.  By ordering Town Clerks to participate in the solemnization of illegal marriages, it is clear Romney violated the state constitution. (3) 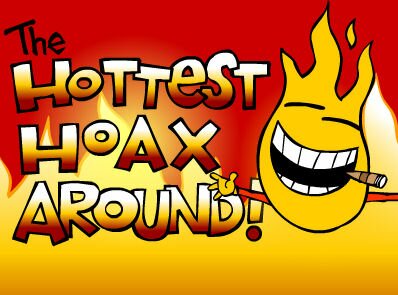 Recently, various media outlets have reported on Romney’s statement in which he expressed support for global warming:  “I believe the world is getting warmer, and I believe that humans have contributed to that.”  This despite the last two winters being among the coldest in recent history and the recent evidence revealing pro-global warming scientists to have made fraudulent claims and suppressed contrary views.  Romney also called for America to “reduce our emissions of pollutants and greenhouse gases,” which, will, of course entail massive new government programs despite air quality in the United States being among the cleanest in the world.

I have always argued that Romney’s long history of promoting liberal causes make him unfit as the GOP nominee and that should he win, his lack of a consistent worldview would set the party back decades.  But the “Romney is a conservative” myth has become so entrenched that when people hear about his global warming views, they’re surprised.  But Romney has always held liberal views on the environment – he’s just downplayed them for the last five years and hoped no one would notice.

Most voters seem unaware of that Romney ran for Governor on a global warming platform.  In 2004, Governor Romney initiated the “Massachusetts Climate Protection Plan” which just about every New England free market group attacked due to the harmful effects the plan would have upon the state’s economy.  This plan morphed into a larger regional plan called the Regional Greenhouse Gas Initiative (RGGI), that Romney and ten other liberal Northeastern governors signed.  The goal of the pact was to reduce carbon dioxide emissions by ten percent by 2019.  This pact, of course, assumed the global warming theory was scientific fact and to carry it out its wide-ranging dictates, Romney hired Douglas Foy, a radical environmental activist.

Foy’s claim to fame was his notoriety for suing businesses for not complying with various draconian environmental regulations.  Not surprisingly, RGGI was a disaster from day one and created such economic uncertainty that businesses began to flee the state. Indeed, the job creation record of Gov. Romney became the second worst in the country, another shocking fact most voters are unaware of.  Nevertheless, against all evidence, Romney insisted that RGGI was “good for business,” a statement which sounds like Obama’s statements about how his policies promoting alternative fuels are “good for business.”

As a result of the negative economic impact and a pressure campaign mounted by the business community, Romney did eventually pull out of RGGI.  However, shortly after pulling out of RGGI, Romney initiated new regulations that essentially did the same thing RGGI was planning to do: a series of damaging emission regulations targeted at power plants.  Incredibly, in preparations for these regulations, Romney proceeded to demonize the plants, even claiming “the Salem Harbor Plant is responsible for 53 premature deaths, 570 emergency room visits and 14,400 asthma attacks each year.”   It turned out that these stats were false and borrowed from extremist environmental propaganda.  Moreover, the stats were based upon a theoretical model created by the American Cancer Society and had nothing to do with the Salem Harbor plant.   Even though there were zero deaths associated with the Salem Harbor power plant, Romney held a press conference in front of the power plant with all his extremist environmentalist friends present and recited these phony statistics while hysterically announcing “that plant kills people.”  Bear in mind Salem Harbor was a legal power plant in full compliance with the law in every respect.  Due to the impact Romney’s regulations had upon energy rates, the Salem Harbor power plant filed for bankruptcy two years later but was then purchased by Dominion Power.   Foy later became a “super-secretary” in the Romney administration, responsible for overseeing the transportation, housing, environmental and energy agencies.

One of the most irresponsible treaties even proposed by the United Nations is the Kyoto Accord, which was an attempt to place draconian caps on energy emissions worldwide in the name of global warming.  This goal remains one of the top goals of the international left.  When Romney became a presidential candidate in 2007, he stated on his campaign website that a “Kyoto-style sweeping mandate, imposed unilaterally in the United States, would kill jobs, depress growth and shift manufacturing to the direct developing nations.”

But this statement was hypocritical since RGGI was essentially a mini version of the Kyoto accord. Moreover, Romney even contradicted this statement a short time later when he stated in a speech, now on You Tube, that he would support the Kyoto Accord, as long as “the other developing nations are part of any effort to reduce Green house gases.”    Elsewhere, Romney again stressed that “if you do it unilaterally, [referring to Kyoto treaty], without involving all the world, you’d impose on the American people a huge new effective tax….”   So, in Romney’s worldview, a “huge new effective tax” on the American people is fine as long as we involve “the rest of the world.”

But that’s not all.  One of the key elements of the Kyoto Accord is its funding mechanism and that would be a worldwide carbon tax. When asked at a May 2007 speech in Rochester about whether he would support a carbon tax, Romney responded, “Carbon tax?  That’s something we’re looking into.”  You got to be kidding.  He’s not even sure of his position on a carbon tax?  But now Romney campaigns as an anti-tax warrior.

Incredibly, during the 2008 campaign Romney attacked John McCain for his position in favor of a Cap and Trade program, even stating on Fox News that  the “McCain-Lieberman [climate change bill] would depress the economy” and  in the New York Times stating that McCain’s “views [on climate change] are outside the mainstream of Republican conservative thought.”  But Romney’s s role in creating a regional cap-and-trade program and his statements in support of the Kyoto Accord – as long as the rest of the world is involved – and now his recent statements supporting the global warming theory contradict his criticism of McCain.  It is clear that Romney was attempting to portray himself as something he wasn’t.  Once again, Romney has flipped flopped on a critical issue and reveals that he doesn’t possess any core beliefs.